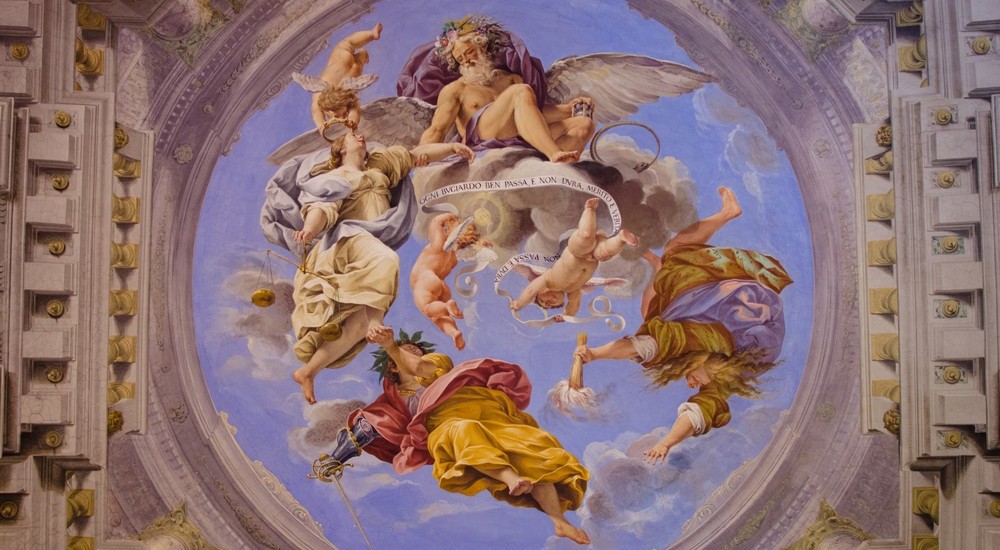 After being in the lushness of France, a land where towns get awards for having as many flowers as possible on display, one has to adjust to the gardening style of Italy. It’s more about green ruggedness and zero summer flowers, arranged symmetrically. That said, the Boboli Gardens are actually inspired by royal gardens like those of Versailles

The gardens have seriously good views of the city below! This is the place for postcard photos.

To get to Florence, we drove from our campsite to a train station and caught the train into the city. It’s about a half hour walk from the main train station in Florence/Firenze to get to the gardens in Piazza Pitti.

What’s at the gardens?

The Boboli Gardens also offer shade, glorious shade. To my surprise, there’s also an Egyptian obelisk (similar to the one at La Place de la Concorde, Paris, and in Rome)! Travel books don’t seem to make much of a fuss of the old thing. It was initially standing at the temple of Isis, at a height of almost five meters. Then it was brought from the home of the Medici family in Rome to decorate the gardens here. Apparently they had the generosity to have left a replica at the temple as well. The museums that we visited on the grounds were included in the price of the Boboli Garden ticket. We strolled through a costume museum, a porcelain museum and one with fancy artefacts.

From the start of November until the end of February the full ticket cost is €6 per person. Over summer, from March to October the cost of a ticket is €10. Skip the entrance fee and organise your visit to coincide with the first Sunday of the month when entrance is free.

The gardens and museums are closed on the first and last Monday of each month and also on 1 January Christmas Day. Otherwise they are open daily from 8:15am. From November to February, they close at 4:30pm and an hour later at 5:30pm in March and October. During other summer months, the gardens stay open as late as 6:30pm (April, May, Sept) and  7:30pm (in June and August). The last entrance is 1 hour before closing.

If you’re looking for away to see some of the quieter side of Florence, the Boboli Gardens are a good choice.