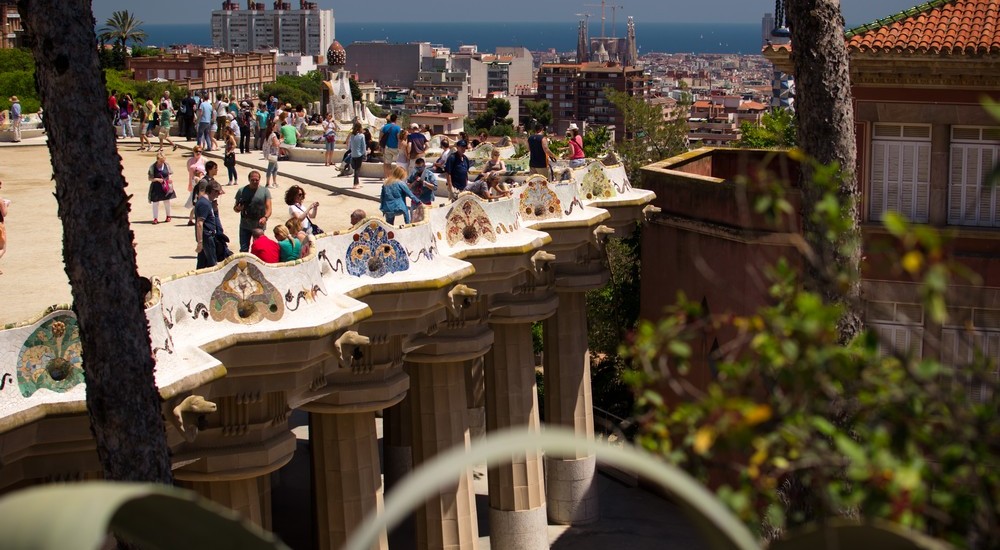 I recently posted about cool things to see in Barcelona. This Spanish city is well-known for its interesting architecture, notably the famous cathedral Sagrada Familia. This building is the most visited monument in the country. Here’s a little crash course on the architect and his creations.

The mastermind behind the design of the Sagrada Familia, was born and died in Catalonia around the turn of the 19th century. As a student, Antoni Gaudi lived in the Gothic Quarter and later on in Eixample and then Güell Park. Although he was part of the Mondernista / Modernisme movement, he was largely influenced by his love of natural and organic forms. Driven by attention to detail and inspired by art from the Gothic Revival, the east and nature, the architect rarely sketched out his fantastical designs. He preferred to first built them as 3D models. He almost always incorporated crafts into his works, including interesting ironwork, stained glass details, ceramics and woodwork. The Sagrada Familia was his last, and biggest, project. More than a century later, the complicated cathedral still stands incomplete. The predicted date for completion is around 2026. Interestingly, after his death in 1926, Gaudi’s works were not very popular. It was only about two or three decades later that other famous artists like Dali began to give credit to his work, that his creations gained more international attention. Today, many of his works are UNESCO Heritage Sites.

These gorgeous Gaudi buildings are all located in or around Barcelona:

Unfortunately when I went to see the Sagrada Familia, tickets for the day were sold out already (by 13:00pm), so it is important to plan ahead. Apparently tickets can also be bought online here or here. You can choose your ticket based on your budget and what you’d like out of the visit. Prices range from €13 t0 €40 per person.

The church is open from 9am to 6pm in winter. In March and October, it stays open until 7pm. In warmer months from April to September, it’s open an hour later, closing at 8pm. On bank or public holidays it may close earlier (2pm). The sale of tickets finish 30 minutes before the time of closing. You can see a map of the bascilia here.

Lonely Planet has put together a list of great architectural gems in Barcelona if you’d like to diversify your exploring. Read more about it here.

Below is a mix of all kinds of finds from the city. Can you pick out Gaudi’s distinctive style?