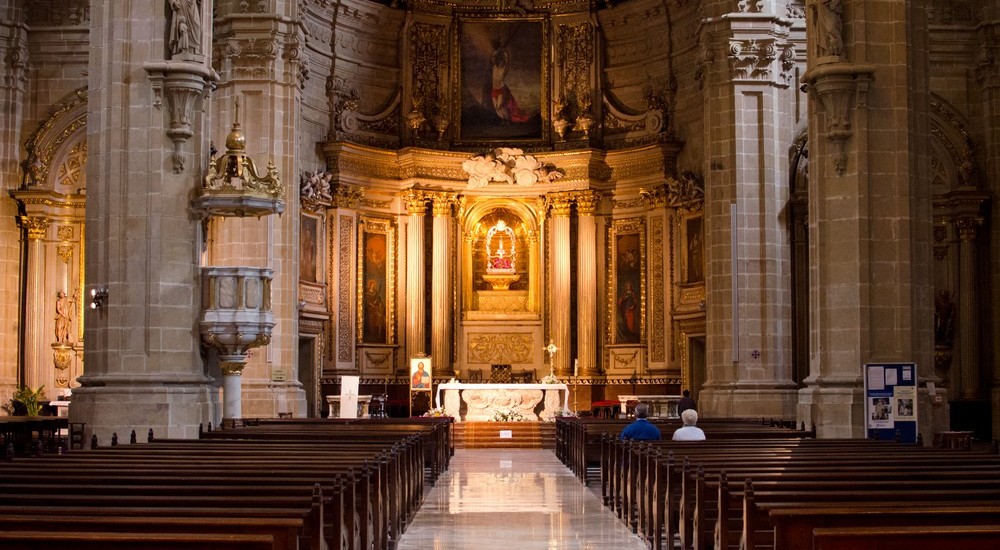 Since we were camping pretty close to the Spanish border in Dax, we got the mad idea of driving to San Sebastián to check it out. The coastal town has big sandy beach with gives of nearby islands as one of its main attractions. The city itself is a really popular tourist spot.

It was a mad idea because involved a lot of driving and the weather was quite disappointing (12°C and drizzling)! We got a feel for the town though and under the circumstances I wasn’t particularly blown away. Although, I recently asked a friend what her favourite city was and it was San Sebastián without a doubt. She’d enjoyed some time there on Erasmus and loved it. Perhaps I should give San Sebastián another chance.

Just twenty kilometres from the French border (beware, there’s a toll fee), this Basque town is also known as Donostia (good to know for if you’re using this signs).

One of the main beaches called Ondaretta or Playa de la Concha. It’s sandy and forms a beautiful bay.  Right nearby is  the old town, known as Parte Vieja. There’s also a little harbour right near the ornate Gothic church in the old town that’s quick to explore on foot. A great local bar to try out is La Cuchara de San Telmo, offering Basque nouvelle cuisine.

In mid-August there’s an annual week long festival filled with fireworks over the bay, and parades, called Semana Grande. There are many many more festivals throughout the year which you can plan to coincide your trip with.

Here’s a 4km guided walking tour on Google Maps that will take you through the main sights I mentioned.

The San Sebastián International Film Festival is always on during the last week of September drawing crowds from near and far.

Well-known as a centre of fantastic food, shelter yourself indoors and sample a selection of local pinxto. Typically these consist of sliced bread with a variety of tasty toppings.

If you’ve wined and dined to your hearts content, why not explore the local aquarium?

Have you been to San Sebastián? I’d love to know what you think of the city and hear about your favourite things to do and see! It’s on my bucket list, I’m giving it a second chance