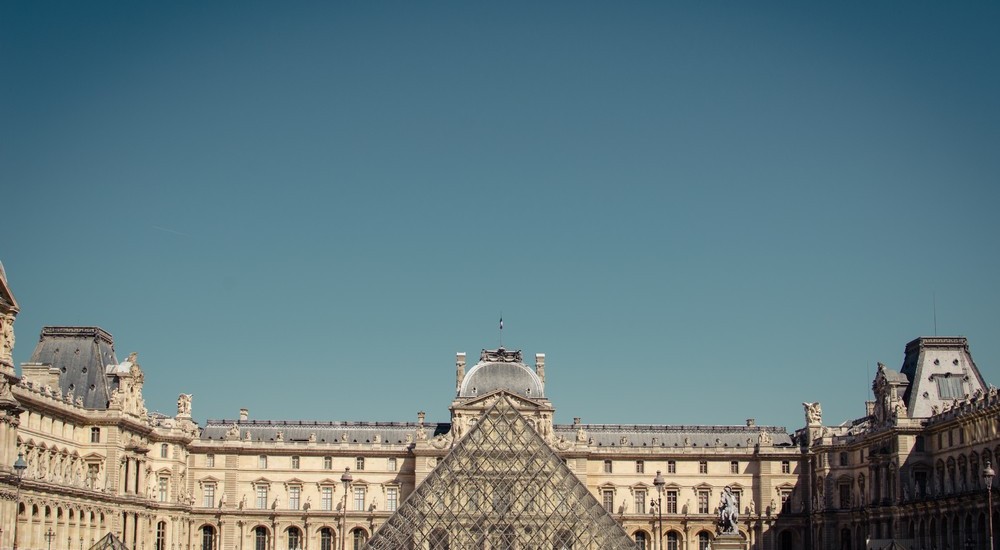 I like being outside rather than couped up in a museum, although the Louvre is an exception. Situated on the Rive Droite, the Louvre houses almost 40 000 interesting historical and art objects that range from prehistoric times until the 21st century. It is also one of the most visited museums in the world, which means you’re bound to find something that tickles your fancy. See exactly where it is on Google maps by clicking here.

You might be surprised to know that the site of the Louvre has a royal history. Originally a built as a fortress in the 12th century it soon became the official palace of French kings. It was only hundreds of years later (during the Revolution) that it was decided to make the palace into a permanent museum. It took years and years to grow and develop into the impressive collection that is stands as today.

If you’ve never been to the Louvre before, you might not realise the shear size of the place. If you would like the explore the entire museum, plan to spend a few days taking in the eight different sections. Antiquities include objects from Ancient Egypt, the Near East, the Greeks, Romans and Etruscans. There are various pieces of sculpture and decorative arts such as paintings, drawings and prints from the masters on display. There is also a section exhibiting Islamic Art. If you only have one day, plan to spend the whole day there and tackle your favourite sections first. There is a café in the museum where you can get lunch or a cup of coffee to keep you from getting museum-brain overload. Here’s the floor plan for the Louvre if you want to plan your route.

History is very much relevant and alive in the Louvre -it really is a fascinating place. I loved being able to identify domestic and wild animals as well as plants in detailed objects that spanned the centuries and continents.

A trip to the Louvre might be a special opportunity to see some amazing pieces of art and history that you won’t see again for a long time. Here are some great attractions you might want to prioritise (I linked to Wikipedia pages about each of these for your convenience) :

The Raft of the Medusa, Théodore Géricault

Code of Hammurabi, the stone-carved law of ancient Mesopotamia

Nike of Samothrace, circa 190 BC

Adult tickets cost €15 at the museum and you can see opening hours here.  Bear in mind that the museum is usually closed on a Tuesday (in Paris a lot of places are closed on Mondays and Tuesdays).

Travel tip: Leave your bag at home because you’ll have to leave it in a locker at the museum entrance anyway.