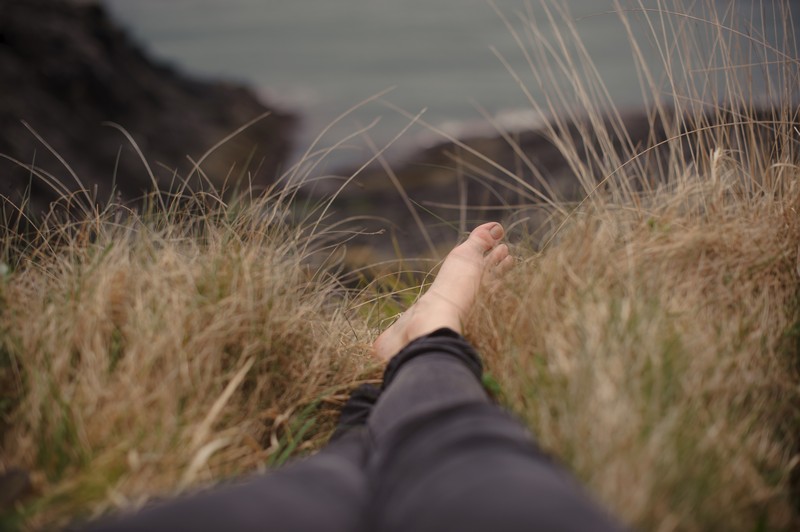 I would not have visited Balitmore in South West Cork when I did, if Megan & Eddie didn’t recommend it (they’re a lovely couple that we met here in Cork who’ve since moved back home to the US). The scenery didn’t disappoint.

The town itself is a little drive (or walk) from this exact spot that we explored. Baltimore town is worth visiting for ferry trips to nearby islands, for sailing, fishing and country excursions. The town’s main attractions are probably include the O’Driscoll Castle and Pirate Museum with insights into the town’s piratical history. If pirate history is your sort of thing; here’s a little extract about Baltimore from Wikipedia:

“An English colony was founded here about 1605 by Sir Thomas Crooke… with the blessing of King James I of England; Crooke leased the lands from Sir Fineen O’Driscoll, head of the O’Driscoll clan. It was a lucrative centre of the pilchard fisheries, and in the early 1600s a great pirate base, where not only all the justices including the vice-admiral of Munster, but the entire population, were involved; all the women of Baltimore were reputed to be either wives or mistresses of pirates… The town was depopulated in 1631 in the Sack of Baltimore, a raid by Barbary pirates from either Algeria or Salé (Morocco)… More than 100 villagers were sold into slavery, of whom only two or three ever saw Ireland again. The survivors fled to Skibbereen, and Baltimore for generations was almost deserted. A slow recovery began in the 18th century, and by the early 1800’s the village was starting to prosper again.” The structure below is the Baltimore Beacon, also known as The Pillar of Salt or Lot’s Wife. The first beacon built here was destroyed in 1847 and a new, bigger design was decided upon. Two years later the work was complete.