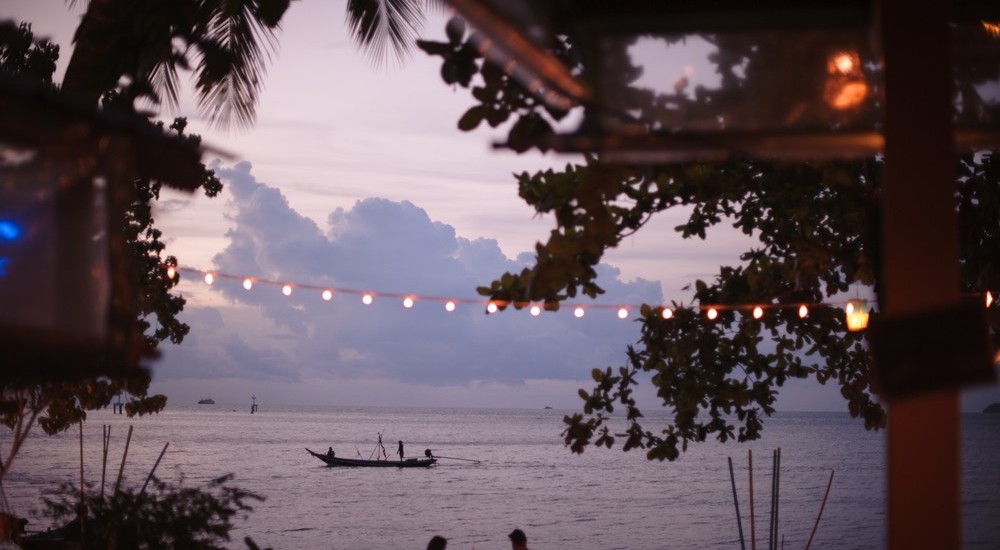 If you’ve never been to the lovely islands on the south of the Gulf of Thailand, put them on your bucket list! Exploring the beautiful beaches, warm seas filled with tropical fish and Thai towns is a fantastic way to spend any vacation. There are three main islands that you could visit in the area. They are in a row, more or less; Ko Samui, Ko Phangan and Ko Tao.

So, which is better? Ko Samui, Ko Phangan or Ko Tao? I’ve made a little list below of some of the cool and not so cool things about Ko Samui and Ko Phangan to help you get a better idea of what each island is like. I also put in my two cents for Ko Tao.

Surprisingly, this is Thailand’s third largest island. It’s not that big (the ring road around the coast is only about 50 kilometres long!) but it does have about 60 000 permanent residents. The temperature sits at about thirty degrees Celsius (87 F) all year ’round and the rainest months are October and November. I visited in August and two rainy days and they weren’t even that bad. The Raja ferry port on the west coast in Lipa Noi. To the north of that is Ang Thong and Mae Nam. To the south is Taling Ngam. Na Mueang takes up the majority of the south coast. On the east there is Maret and Bo Phut. Each area or district is made up of five or six smaller villages.

More of everything: Ko Samui is the most developed of all the islands. That means that you’ll easily find a 7-11 or Family Mart on almost every corner. There are also often second-hand clothing stores, pharmacies and touristy shops where you can buy any holiday essentials. There are also more markets, or restaurant options, if that’s your kind of thing. You’ll be able to find spas, retreat centres and wellness centres dotted all over the coast.

Closer to Ko Taen: What I didn’t mention above is that there are even more islands to the south. If you’re thinking of heading to Ko Taen you’ll need to take a long tailed boat. The south of Ko Samui is the closest and probably most likely spot to start such an adventure.

Direct flights: If you want to fly straight into Ko Samui, you can. There is a small airport in the north east, a luxury that the other islands don’t have. More touristy: Due to the fact that the island is more developed, it also boasts the largest amount of tourists. However, they are concentrated in certain areas, so if you’d like a quiet holiday, just avoid those. Sometimes at Lipa Noi we had the whole beach to ourselves.

Not good snorkelling: Of course one of the most important things you’ll want to do in Thailand is see little tropical fish and amazing coral. Unfortuantely, the waters of Ko Samui aren’t great for snorkelling. The best I experienced was Coral Cove although it was a little murky.

More expensive: I have a feeling that everything was just more pricey in general on Ko Samui. The Angthong Island tours though, for one, were more expensive simply because Ko Samui is further away from the destination than Ko Phangan. Thong Sala is the main town on this island and most likely how you’ll arrive via ferry. This island middles both in size and location in comparison to Ko Samui and Ko Tao. It’s also less touristy than Ko Samui and more developed than Ko Tao. Fishing and coconut farming are the main contributors to the economy here and as a result most of the population lives along the coast. The more mountainous interior is fairly inaccessible but it must be really beautiful with rain forests and waterfalls.

Nature: expect to find massive lumps of sea-washed crystal quartz on the beaches and see many different coloured butterflies too. If you’d like some variation from the beach, hike inland (maybe you’d like to take a guide?).

Crystal clear bays: The water quality is really good on the island and that makes for great snorkeling. It’s easy to get around on a scooter so if you can’t find what you’re looking for, you will be able to easily move to a new beach.

Yoga: There’s quite a big focus on wellness, meditation and yoga here. There were about three yoga studios a short walk away from where I was staying on the west, north of the island near Haad Yao. The full moon party: So I’m pretty sure you’ve heard of these parties. Love them or hate them, there’s no doubt that they’re popular and happening – so much so that there are now even half moon parties. As it’s not really my vibe, I put this in the negatives list. Check out Phangist is you want to find out all the latest because you’re a nocturnal party animal.

Fewer fancy restaurants: Because the island is less developed, you might have fewer opportunities to eat out at restaurants that are high up on the fancy scale. This could be spun into a positive though: saving a few baht and getting a better local experience has it’s own – and often better – value.

No Airport: The only real way to get to the island is by ferry or catamaran (20 minutes from Maeman on Ko Samui by catamaran (300 THB) or two and a half hours with the Raja ferry (150 THB) from Lipa Noi). The smallest and most northerly island is Ko Tao, a diver’s paradise. I missed out on visiting this island, apparently the most beautiful one.  It’s a bit of a mission to get to Ko Tao (ferries from Ko Samui take about 2.5 hours) and there isn’t much accommodation available online. In reality though, you’ll most likely find something if you just went to the island without a booking. There are about one and a half thousand people that live on the island, which is partly why it’s the least developed one of the three. The water is great for diving and snorkelling and there are boulders to climb in the quiet south, near Chalok Baan Khao. If I were to give you any advice though, I’d say go for it. Make Ko Tao a priority early on in your trip. If it’s the best island, wouldn’t you want to spend most of your time there?