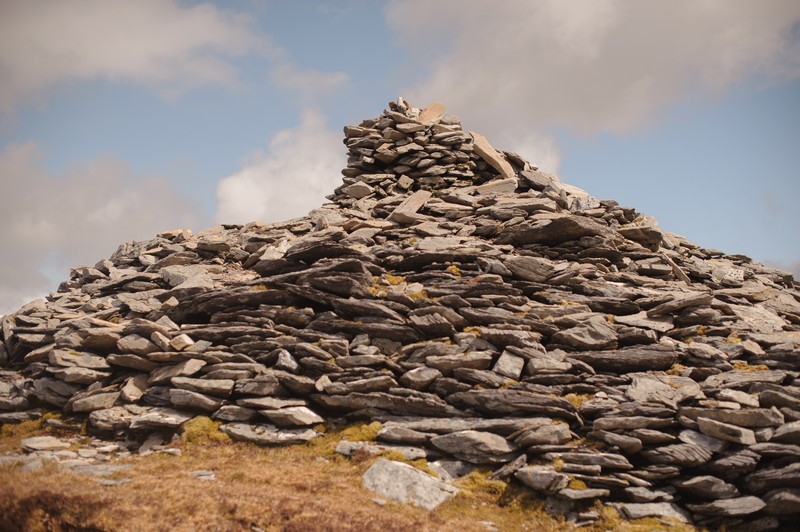 Anu (or Danu) is known as the ancient mother goddess of Ireland. The Paps themselves are kind of boob-shaped and each summit has a large, prehistoric stone cairn on it -hence the name: The Paps of Anu. Connecting the two cairns is a line of stones that was perhaps once a processional route.

Last year around this time we did a hike to the one summit and unfortunately didn’t have the time to visit Crobh Dearg (The City), a circular stone enclosure to the northeast from which there is a good view of the Paps. It contains a possible ruined megalithic tomb, ogham stone, earthen mound and holy well with a stone altar that has a cross inscribed on it. The site was apparently used for May Day (Beltane) rituals and festivals until the early 1940’s. Rituals might have included walking around the walls reciting prayers and with the cattle, to purify them. Mass was even introduced in 1925 and a statue of Mary has since been added to the site. Nonetheless, it remains a place with interesting history, beautiful scenery and its own kind of magic.